Las Vegas, NV – We just returned from our annual trip to The SEMA Show in Las Vegas, NV and we’re pretty excited about some good talks we had with friends, clients, and colleagues from the car scene while we were out there. Looking forward to making some interesting moves

Las Vegas, NV – We just returned from our annual trip to The SEMA Show in Las Vegas, NV and we’re pretty excited about some good talks we had with friends, clients, and colleagues from the car scene while we were out there. Looking forward to making some interesting moves in 2016. But in the meantime, we attend SEMA every year to see all the new exciting builds and products, as well as to grow our network. But the main event of the week for us and for most is the Mothers Shine Award. This year marked their third year operating with our eJudged iOS app at their fingertips. We are always eager to hear feedback and learn from the panel of all star judges from all over the planet. This year we saw some unbelievable quality builds. 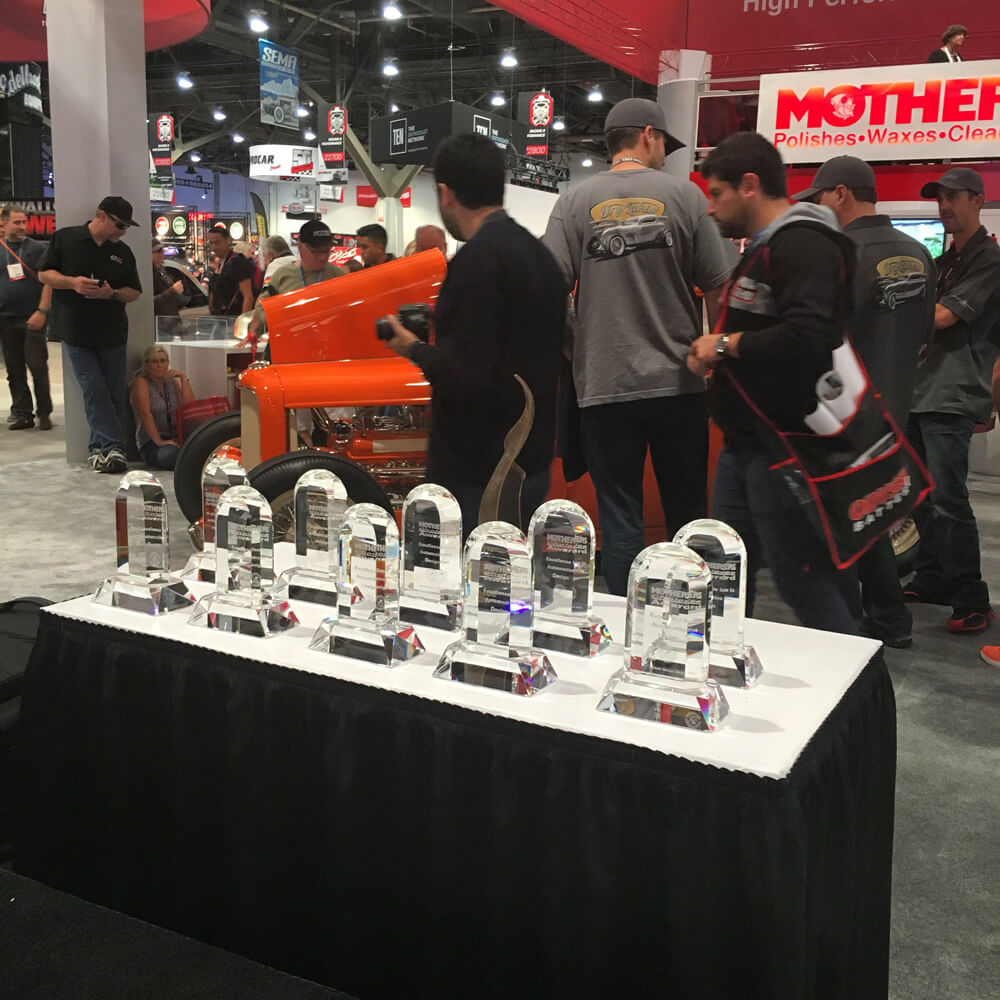 2015 was sort of a Bizzarro SEMA for us. The weather was cold and raining for a good portion of the week. We watched snow form on the mountaintops from our hotel windows in the morning. But most importantly we were blown away by a number of more personal, individual builds – which stole the show for us – over the usual suspects from the “OEM dollar car” builder game. That is not to say that our friends didn’t build impressive new concepts to help market their companies and the manufacturers they partnered with, but we were just overwhelmed by some of the not-so-new to market vehicles that caught our attention and admiration this time around. There was the RyWire Porsche inspired RHD Integra Type R build that finally nailed the concept of a race inspired show car with expert craftsmanship. There was the east coast Legacy Innovations RHD Corrado build that blends the concept of VW Top Dawg Quality and Hot Rodding culture. There was former Ridler Award recipients debuting something fresh. There was yet another Ring Brothers creation – maybe something like an LS7 powered carbon body vintage Mustang for example. But who would’ve ever thought that Rusty Slammington was going to show up and win the internet all week long. This car was thought to be destroyed in a garage fire, but four years later, it was on display at SEMA… and quite frankly it was all anyone could talk about. 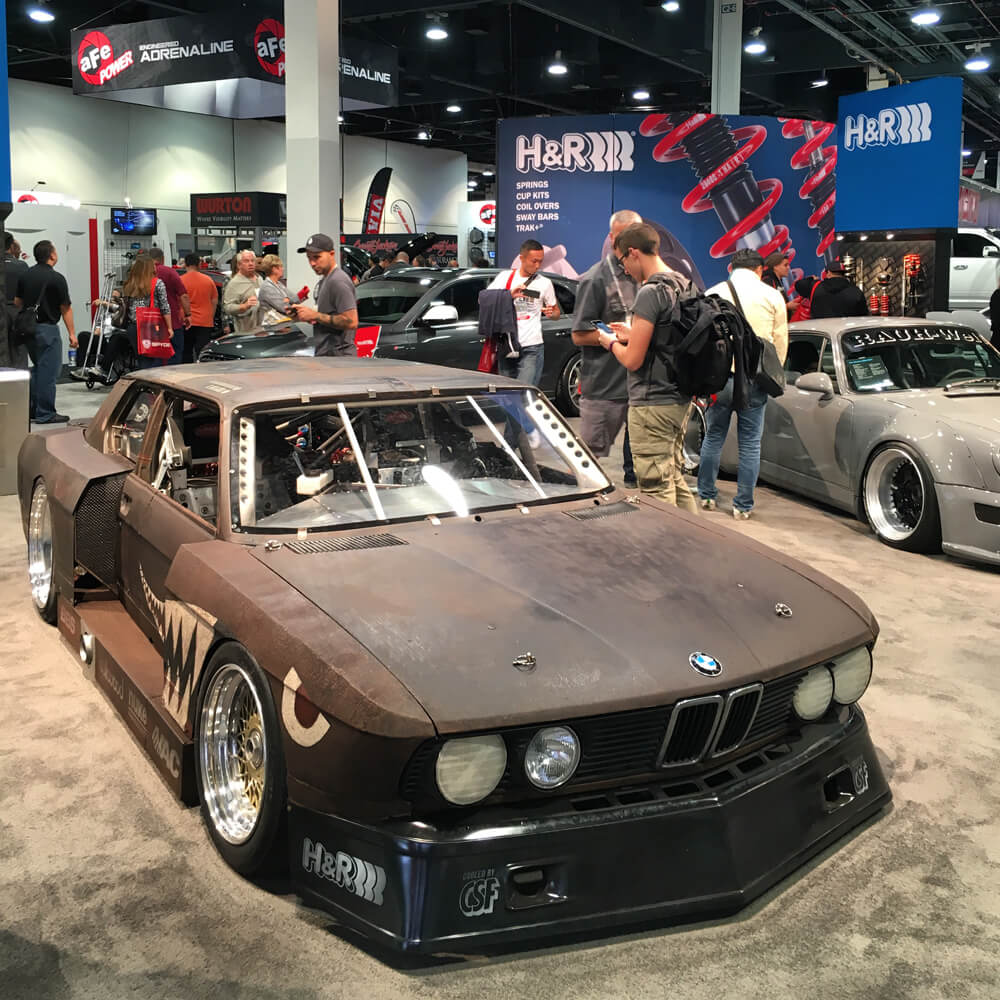 Sure Rocket Bunnies and Liberty Walk over-fenders still ruled the show – and appear to be gaining momentum leading into 2016. But we still found a lot of cool, new, and exciting things to inspire us as we look forward to our next year. Here is our very unofficial Top 25 from SEMA 2015. Enjoy! 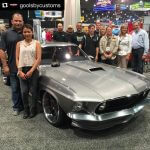 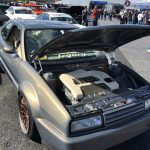 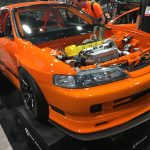 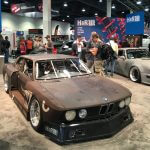 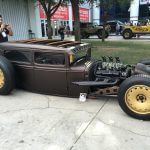 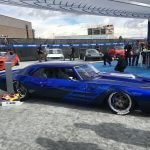 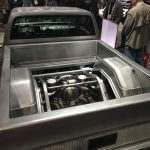 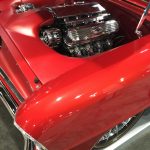 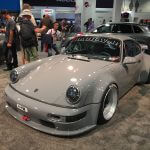 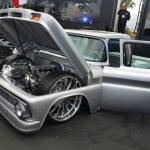 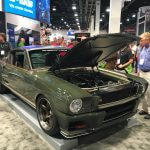 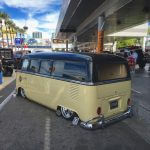 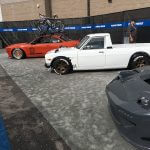 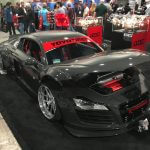 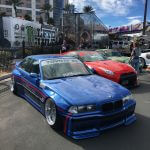 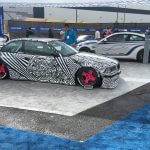 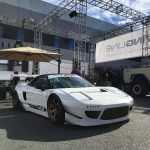 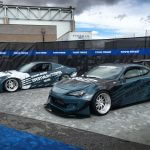 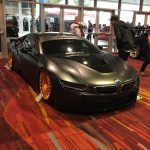 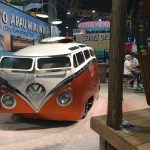 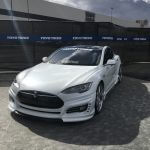 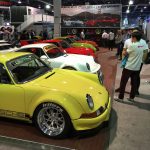 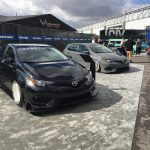 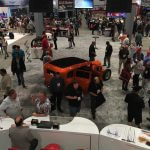